Cherrapunji, also (historically) named as Sohra is a subdivisional town in the East Khasi Hills district of Meghalaya. It is a traditional capital of a Nongkhlaw hima, both known as "Sohra" or "Churra" (as pronounced by the Britishers).

What does the name "Cherrapunji" mean? It means land of oranges.

The native inhabitants of Cherrapunji are Khasi people, whose history maybe traced from the early years of the sixteenth century. Khasis were ruled by their tribal systems led by chiefs or Rajas between 16th-18th century. However in 1883, the Khasi Hills came under the authority of the Britishers.

The key superstructure of Khasi society is its matrilineal approach. The after marriage the groom of the youngest daughter goes to stay in the bride's home, who own the family's property. Other siblings and their families get their own share of property. Children take the surname of the mother after their birth. 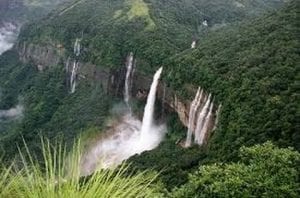 Cherrapunji receives rainfalls from the Bay of Bengal arm of the Indian summer monsoon. Occasionally, cloudbursts too occur there. From the cliffs of East Khasi Hills one can view the plains of Bangladesh.

It has living root bridges that are located in the Tyrna village.

This root bridge is the two-tier bridge that is 100 feet in length. It is known as the 150-year old man-made natural wonder. 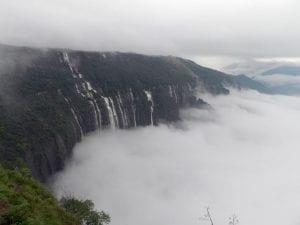 Amongst the best places to visit for Cherrapunji sightseeing, these waterfalls are the most gorgeous ones to witness in the town.

Some of them are Nohsngithiang Falls or Mawsmai Falls, and the best season to see them is summer as on other days they stay clouded . 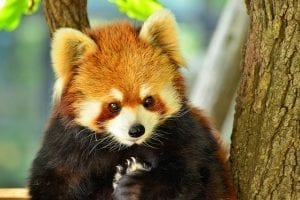 You will also get a chance to see Nokrek National Park there.

It is the only place in India that houses a few rare species of Pandas, Red Pandas.

One will also get to witness wild flora and fauna varieties, in addition to, Asian elephants, cats, etc. 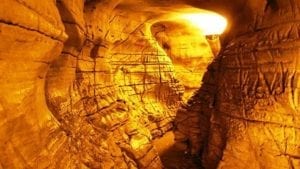 Towards the south side of the town, you will find Krem Phyllut, one of the magnificent caves with incomparable beauty.

This watery cave has 3 entrance paths. It has two river passages too. People, literally, go half submerged to see the cave.

The cave looks magnificent in itself, and serves as subject of study to many researchers and scientists. 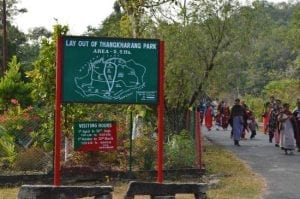 12 kilometers away from the main town, Thangkharang Park is one of the popular tourist spots.

It has a one-way-road built through the lush green trees, and a basket-shaped rock. 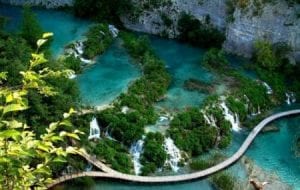 It overlooks the Kynrem Falls and can show you Bangladesh's plains from there.

Cherranpunji waterfall is a great way to relax, as it offers calm and cool ambience. Cherrapunji is a great place to visit any time of the year. You can enjoy summer, rainy and winter seasons equally in different charms.