A city is defined as a large human settlement. Cities, generally, have huge systems for transportation, sanitation, housing, land use, utilities, and communication. The systems of the cities facilitate a better interaction among people, government organizations and businesses, sometimes benefiting different parties in the process.

A city is distinguished by its comparatively great size, functions and its special symbolic status, which may be conferred by a central authority. A village is identified as a clustered human settlement, group or community, which is larger than a hamlet (generally smaller than a village), but at the same time it should be smaller than a town, with a population ranging between hundreds to thousands. Villages are usually located in the rural areas; however, the term "urban village" is used on certain urban neighborhoods. Villages are normally permanent, with fixed dwellings; however, transient villages can occur.

The Industrial Revolution drew people in larger numbers to move out of the village and work in mills and factories and offices further to grow into towns and cities.

Some key differences between cities & villages

Now, what is a metropolitan city?

The word "Metropolitan" is derived from the Greek word "metropolis," meaning "mother city". A metropolitan area, also referred to as a metro area or commuter belt, is a region or an area of a densely populated urban core & its (less-populated) surrounding territories, sharing industry, infrastructure, & housing.

Difference between city and metropolitan city

The words "city" and "metro" creates a picture of a permanent settlement denoting a geographical division of land for managing the land's resources and the population.

A city is a large and permanent settlement that covers a significant area with a shared historical background and may have a particular systems of administration, legal, or historical status(based on local law) and own court systems, law enforcement, fire departments, sanitation services and medical care centers. A metro city is primarily a city that naturally acquires all the features of a city with some additional facilities and specifications to be called as a metro city. Metros, associated with the urban areas, offer numerous opportunities of employment that attracts migration, which is also a common factor of population increase. Many people from other cities migrate to metro to find a job or to get better job facilities.

A lot of business activities happen in the metro areas. Thus, the development is also fast paced in metros than compared to other cities.

The United Nations General Assembly has designated the 31st of October as the "World Cities Day", by its resolution 68/239. This Day is expected to greatly promote the international community's interest in global urbanization, push forward cooperation among countries in meeting opportunities and addressing challenges of urbanization, and contributing to sustainable urban development around the world.

The general theme of the World Cities Day is: "Better City, Better Life," while every year a different sub-theme is selected to either promote the successes of urbanization, or address specific challenges resulting from urbanization.

This year, the United Nations has selected the theme Building Sustainable and Resilient Cities; because the cities across the globe need support to become resilient and develop their capacity to absorb the impact of hazards, protect and preserve human life and limit the damages to and the destruction of public and private assets, and meanwhile continue to provide infrastructure and services after a crisis.

The main event of this will be celebrated in Liverpool, UK.

What do you mean by sustainability?

A source defines "Sustainability" as the process of maintaining a change in a balanced manner, in which the exploitation of resources; the direction of investments; the orientation of technological advancements and institutional change are all in harmony; and enhance both the current and future potential to meet human needs and aspirations.

Sustainability is defined through the interconnected domains or pillars: environment, economic, social, cultural, technological and political. By making out cities sustainable, we are likely to contribute to the betterment of the future generations and the cities. Here are a few ways to keep your city green & sustainable:

A recycled paper bag or a small rag would be more apt. Use it to throw in to it little pieces of trash. There is a dearth of dustbins in our city. Let's start doing it ourselves. 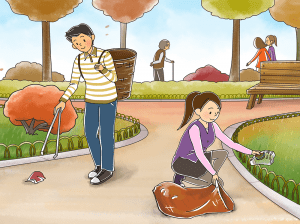 Three bins would be: Biodegradable, Recyclable and Others. It is a better and effective way of managing waste. If you are living in an apartment or in a society, talk to the management and get this system of waste segregation implemented there.

Reuse old plastic bottles to make some creative things instead of just throwing them away. Make a vertical wall of bottle planters with the help of these bottles.

Its cheap, useful, and an ideal way to use kitchen scraps. Collect and separate the food scraps before you head for the garbage. Find a compost collection site in your area and take your scraps there weekly or you may just utilize it for your plants. 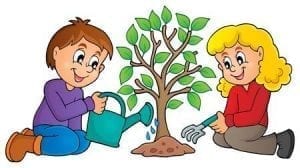 It is much easier to do something when there is a collective strength with you. You can conduct or join a community cleanliness drives 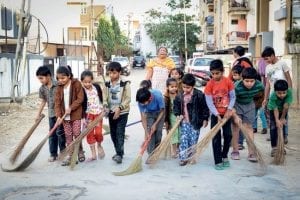 Instead of getting things in polythene bags, carry your own fabric bag when you go shopping. It is ecofriendly, and has its own charm.

Save and conserve energy

Make it a habit to switch off the lights, computers, and other electronic devices when you're not using any of them, even if it is for a while. Encourage others to follow the same. Best way to deal with energy is to promote solar based devices.